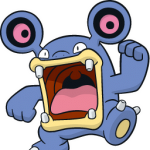 I'm your unaverage half-handy half-obnoxious user who for a while has been here on this wiki. I'm also one of the developers of Cars: Hi-Octane Edition, although I haven't really done much other than make paint jobs and extract some textures from the Wii version of the game. Behind the self I act as on this wiki, I also am a member of a fangame development team, who are currently planning to make a Cars game. I also have other main interests besides Cars such as Pokémon, Plants Vs. Zombies, Captain Underpants, and Mario, although i'm not really allowed to talk about them outside of my userpage. Other things I like to do besides modding and playing the games include drawing (which I use to illustrate things I can't normally show or make), railfanning, and listening to music. If you're curious of anything else, feel free to ask me whatever you want on my Message Wall. I also have a YouTube channel, also called "Superbaddy4" where I upload clips of my mods, along with Memes and whatever else I want.

Here's a list of all the mods i've personally put in to my Cars: Hi-Octane Edition v1.9 cartridge.

Some pictures I took that I think are the most valuable, either to me or because of what they are of.

U2 - Beautiful Day added to the game.

An old drawing of the Queens Gang, drawn about 4-5 years before I first joined Wikia.

My recent Queens Gang, with the date and signature written on it.

My first working Cars: The Video Game Mod, Cortland as the fastest car in a Piston Cup Race, while without mods, he never will normally place higher than 16th.

The first picture I posted, and my first paintjob request.

A greetings card with my name that you can use.
Add a photo to this gallery
Retrieved from "https://modcars.fandom.com/wiki/User:Superbaddy4?oldid=20299"
Community content is available under CC-BY-SA unless otherwise noted.